BELAFONTE II is my new land yacht: a 1966 Shasta 1500 that I’m beginning to restore May 2016. She’s got good bones and is basically all original parts, but needs an overhaul. With the application of some boat knowledge, some updates to her simple systems, and some aesthetic love, I think she’s going to be a gem of a vintage trailer. Among other types of trailers, the Shasta 1500 is affectionately nicknamed “canned ham.” 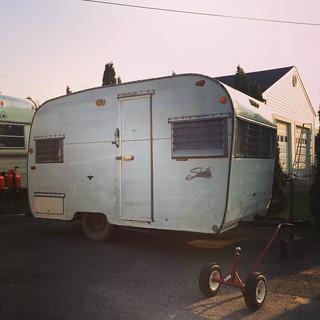 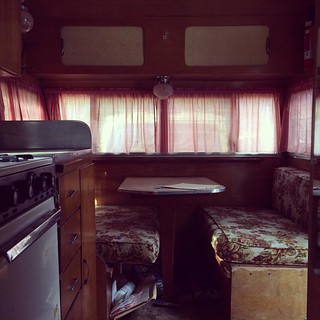 I bought the trailer as a way of staying in Brooklin, Maine during the workweek, easing my commute to a new position at Woodenboat Magazine as Associate Editor. I plan on occasional posts about this two-wheeled land yacht, and do please check out my Pinterest board which is serving as an ideas folder for now.

Why the name BELAFONTE II? Couple of reasons. I have a strong affinity for the film “The Life Aquatic,” and Bill Murray’s research vessel in that was BELAFONTE.

I also love the music of Harry Belafonte and am very moved by his life of social activism. As I come to know more about the Caribbean and the music of the islands, I fall in love with that place more. Belafonte’s music transports me there.